How Crowdfunding works in India?

What Exactly is Crowdfunding?

In layman language, crowdfunding is a concept where a lot of people commit money to a venture or a project to raise a target amount of money in a stipulated time frame. i.e. rather than relying on one person to fund the project we get a lot of people (crowd) come together to fund the idea/project.

Crowdfunding is a very popular topic among today’s entrepreneurs. This is the reason, it finds a mention in my startup blog.

The concept is simple. For example, you need an amount of 3,00,000 INR to start a venture or Startup. You have few people who are willing to fund you with money ranging from 3,000 to 10,000 INR. You go and ask all of them to fund your project and not ask a single person to fund the project.

Now if you had to ask a single person for 3,00,000 INR It might take some time and a lot of convincing. Also, the risk comes completely on a single person.

This is where crowdfunding works. Firstly, the risk gets divided among a lot of people.

Secondly, you have a lot of people backing your project. Thereby, giving you an option to get the first promotion done by a lot of stakeholders.

Is Crowdfunding Legal in India? yes, It is.

Crowdfunding is a hit concept in countries like USA. In the last few years websites like Kickstarter, Indiegogo, crowdfunder have made a name for themselves by helping a lot of people raise funds through crowdfunding.

Crowdfunding in India is relatively a new concept.

In good old days, we had a person going door to door asking good Samaritans for contribution to a worthy cause.

Today, crowdfunding like most of our life’s things is an automated process relying more on technology. i.e., we have web-based platforms for crowdfunding.

The business/person in need of crowdfunding goes and posts their project on the crowdfunding websites. The usual parameters defined while setting up the project are:

Since we are discussing crowdfunding in India, let’s start with the list of famous crowdfunding websites in India.

Here are the famous crowdfunding websites in India:

Ketto, Wishberry, fuel a dream are startups which are some of the known portals in this space.

How successful is Crowdfunding for startups in India?

Most of the startups trying to raise funds through crowdfunding rely on the portals i mentioned above.

Unfortunately, the majority of the crowdfunding websites have made little progress in the last few years.

“The global crowdfunding industry generated about $34.4 billion in the capital last year. No reliable numbers are available for India though it is estimated it accounts for a small fraction of this. “

Ketto, one of the famous names in crowdfunding platforms in India has so far raised USD 5,990,400 through more than 100,000 backers to support over 10,000 projects (averaging just under USD 600 per project). (source: http://crowdsourcingweek.com/blog/indias-top-ten-crowdfunding-platforms/)). The article was published on 26th August 2016.

We understand - What it takes to be an ? 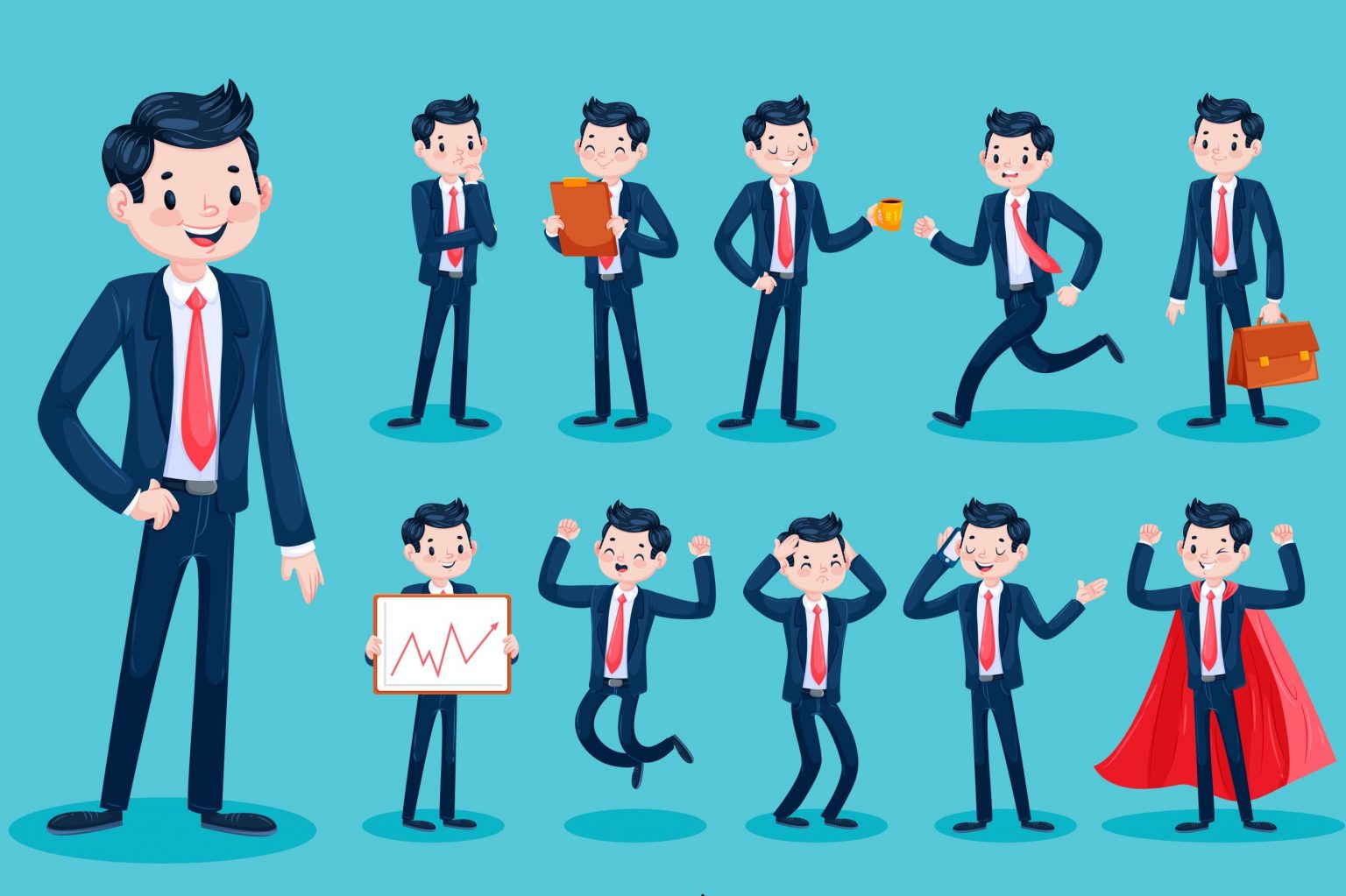 Join the List  – Get notified of latest Blogs, Free Courses & Resources directly in your Mailbox!

Here are the Pros and Cons of Crowdfunding with reference to India:

Before you decide to stone me to death for speaking the unspeakable truth about us being misers and Cynics – let me ask you a simple question “How many projects have you crowdfunded till date?”

Crowdfunding includes the word “funding”. Hence, do not confuse it with crowd-sourcing.

Crowdfunding is a type of crowdsourcing. So if you have sourced resources from a crowd which did not include funds, it is not crowdfunding.

And please do not include the religious functions, temples you have funded from your pocket. By crowdfunding projects, I clearly refer to ventures, projects of NGOs or some noble cause.

Obviously, religion is a noble thing but then we are a religious country and it is the only thing which gets crowdfunded.

As a matter of fact, all religious bodies get over-funded with crowdfunding.

They are flushed with money flowing through crowdfunding. The concept is such a hit with them that the poorest of the poor, who barely make enough to meet ends end up funding them as a part of the crowd – washing their sins by contributing to temples.

And what the temples give us in return of the crowdfunding we do is something, I find in bad taste.

Their obsession with gold, a ticket for our rendezvous with god’s idols, charging us money from prasad, cast divide, discrimination against women…..I will stop. I am heading in the wrong direction.

Getting back to crowdfunding.

The question again is “why crowdfunding does not work in India?”

The biggest problem with crowdfunding is that we have to trust an unknown person to fund their dream? Hmmm….I am thinking out loud like an average Indian “how can I trust someone else’s dream when I know it has nothing to do with my dream?”

Hello? We are in India Sir/Ma’am. Since childhood, we are taught to be wary of strangers.

God knows what sinister motive this business on a crowdfunding website has in raising money from unknown persons. Why did their family not fund him?

How do we trust them?

What if they disappear with the money? There is no law to get hold of this person.

Bottom line. I cannot trust the unknown person asking me for money on the internet.

Again, I am thinking like an average guy in this country.

Moving forward. Thinking more in terms of return on investments.

This person asking for money is not even offering a lucrative interest. The moneylender around our house tells me “he gets 3 to 5 % per month interest on the money he invests in businesses. I am not as greedy as he is but at least I should get 2% / month”.

But then this unknown entity is asking me money for free and what are they offering me in return?

I can anytime go to any ecommerce website and get a truck full of all this stuff with the money they are asking me to invest.

What if this startup fails? Forget T-shirt, I won’t even get money back to buy underwear 😉

Lastly, the business is not even asking for money in the name of god.

At least, with god, I have the chance of getting some good karmas in return. (remember, how we bargain with God asking the eternal one for all the good things in life in lieu of the offerings we present to the great one)

I don’t blame the average Indian for their apprehensions, fears or whatever you may call it. We are wired differently.

We have no law to save us (if things go south). We work in an environment where cheating happens and the protectors turn in to perpetrators (read: police).

No wonder, Crowdfunding in India is a concept which hasn’t really kicked off.

We are far away from the days when some unknown person puts an attractive project on the internet, hoping to raise funds from the crowd which is asked to invest faith, money in a project.

The campaigns in the USA might raise millions and get thousands of backers but in India, we don’t trust strangers easily. We know our system won’t protect us. Then why unnecessarily invest money in something where we know we might not get the promised returns.

For us, weighing pros and cons of crowdfunding always tilts the weighing scale more in favour of cons. Hence, the apprehension about investing in crowdfunding.

And if it’s only about gaining good karmas by helping crowdfund someone else’s Startup dream, we would rather invest in religion backed crowdfunding projects than the ones on the internet.

Always remember “For Good Karmas, we only Trust in God!”.

We understand - What it takes to be an ?

Join the List  – Get notified of latest Blogs, Free Courses & Resources directly in your Mailbox!

Jasmeet has been a part of multiple Ventures. He earns his bread and butter by hanging onto his first venture, a Software Company located in India. He is at present working on a new startup idea which like all startups will be "Disruptive" (at least he thinks so :) )

The Entrepreneurial journey so far!

The Dark Side of Entrepreneurship

Why do most new businesses and Startups Fail...

How To Get Unsecured Business Loan For Startup...

[…] Small Business Startup Help. How Crowdfunding Works for Startups in India | Pros and Cons of Crowdfunding. […]